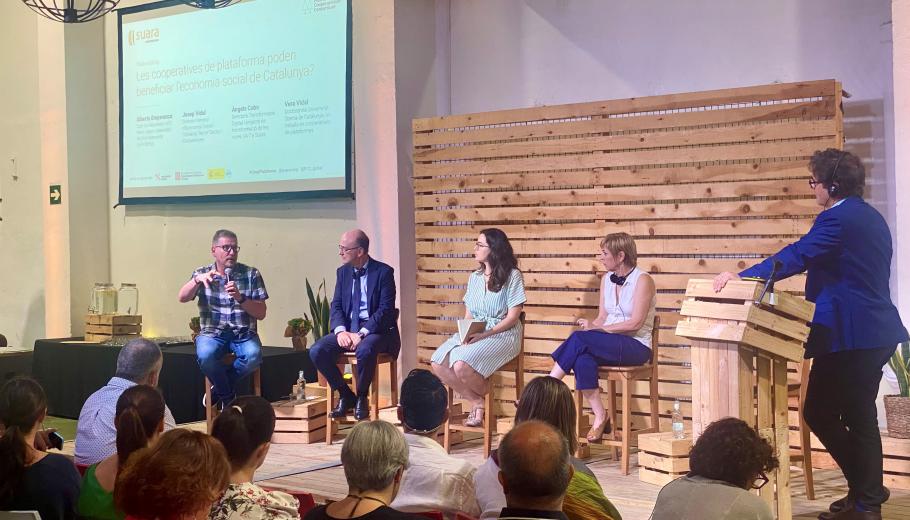 The speakers agreed at the conference organized by Suara that platform cooperativism can be the answer to the exhaustion of the current economic model.

The General Director of Economy, Social and Solidarity, Third Sector and Cooperatives of the Generalitat, Josep Vidal, assured that "Catalonia has enough proposals for the social economy to be a driving force in platform cooperativism".

Platform cooperativism was seen as a great opportunity for the Catalan social economy and, at the same time, as a sustainable economic model that can replace the current one. This is one of the main conclusions of the conference organized by Suara and the Platform Cooperative Consortium, which took place on Friday 17 June at the Valkiria Hub Space in Barcelona.

The conference, entitled "Can platform cooperatives benefit the social economy of Catalonia?", was opened by the co-director general of Suara, Laura Peracaula, who stressed that to deal with a climate crisis, energy resources and "Increasing vulnerable groups must align with ethical values ​​and, in this sense, the social economy can act as a driving force".

In a round of connections with the president of the Spanish employer CEPES and president of the European confederation of employers Social Economy Europe, Juan Antonio Pedreño, and with the director of the Social Economy Europe and member of the group of experts of the European Commission in economics and social enterprises, Víctor Meseguer, both agreed to highlight the European Union's firm commitment to the social economy. Pedreño and Meseguer highlighted the need to grow and scale social economy companies to achieve greater impact and consolidate as a model of sustainable economy.

Dimmons research director in collaborative economics at the IN3 of the Universitat Oberta de Catalunya, Mayo Fuster, warned that the social and solidarity economy must generate an alternative model of digitization and that, therefore, a new model of internet governance. Fuster pointed out that "platform cooperativism cannot function as badly in terms of gender and diversity as platform capitalism."

For his part, Professor Trebor Scholz, Founding Director of the Platform Cooperativism Consortium & Institute for the Cooperative Digital Economy at The New School in New York and Professor in Residence at Mondragon University, said that platform cooperativism is a part of the solidarity toolbox to respond to the current crisis. Scholz called for public-private cooperation to promote the model and a regulatory framework and government support to support it in scaling it up.

The day continued with a round table with the participation of the Director General of Economy, Social and Solidarity, Third Sector and Cooperatives of the Generalitat, Josep Vidal; the professor and professor of commercial law at the University of the Basque Country, Alberto Emparanza; UOC doctoral student Vera Vidal; and Àngels Cobo, director of the digital transformation and 24/7 care transformation project in Suara.

From their respective experiences, the speakers emphasized the need for normative regulation to be adapted to the singularities of the model, while maintaining the principles of equity, participation and the governance of cooperativism. Josep Vidal said that "Catalonia has enough proposals for the social economy to be a driving force in platform cooperativism". 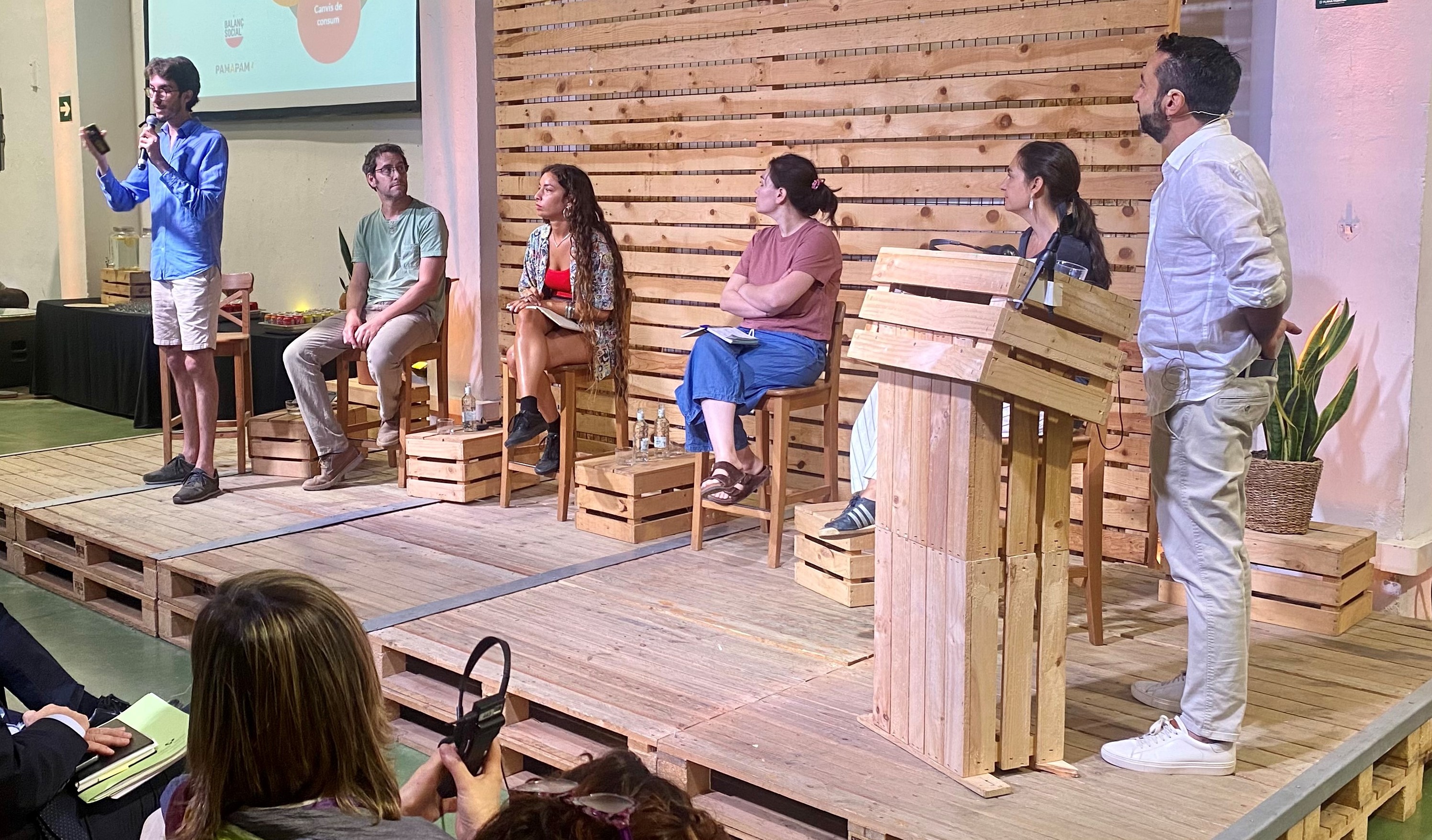 The event was held as part of the Singulars project and with the support of the Department of Business and Labor of the Generalitat. It was broadcast in streaming, with simultaneous translation into three languages, as it was followed from various parts of the world. The day can be recounted in this video: