Sport is a great tool for working with young people 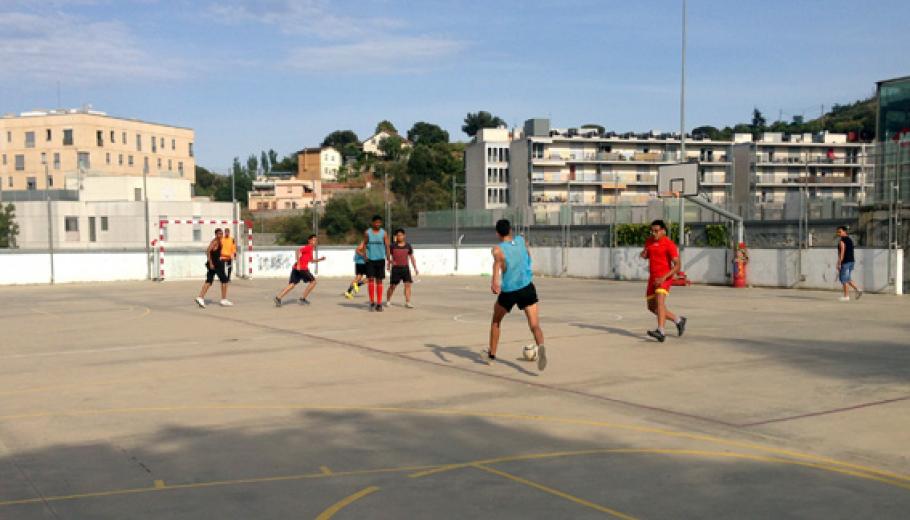 To celebrate the closing of the course, the soccer team of the Casal de Adolescentes y Jóvenes Lobos del Taga of Caritas Diocesana de Barcelona, organized an indoor soccer tournament. The competition took place on Friday, June 10 at the sports courts of the Pablo Ruiz Picasso Institute of Barcelona, a place where the young people train during the course and where the local matches of the CEEB (School Sports Council of Barcelona) league in which the Lobos del Taga team participates are also played.

The tournament was attended by four soccer teams, mostly from the neighborhoods of Ciutat Meridiana, Vallbona and Torre Baró. Two of the invited teams were formed by young people from the neighborhood who participate in a sports project for people with functional diversity. Throughout the school year, several friendly matches had already been played with them and the bond with these teams is positive.

The soccer team of Casal Lobos del Taga is a sports project framed in the educational program of the house that allows working on sports and healthy habits. These experiences also allow working on aspects such as inclusion and the relationship between all the young people in the neighborhood, which the educational team of the center values very positively.

From the Casal de Adolescentes y Jóvenes Lobos del Taga they thank Empresas con Corazón of Cáritas Diocesana de Barcelona for having provided the drinks for all the players, ceded by Coca-Cola, as well as the sandwiches, ceded by the company El Fornet. From the Casal they remember that sport is a great tool to work with young people, and point out that these collaborations facilitate that this type of sports days can be carried out, while they also encourage young people to participate.

The rights of children, a long way to go

Children's literature, a tool for the integral development of children

Should we invest in education?